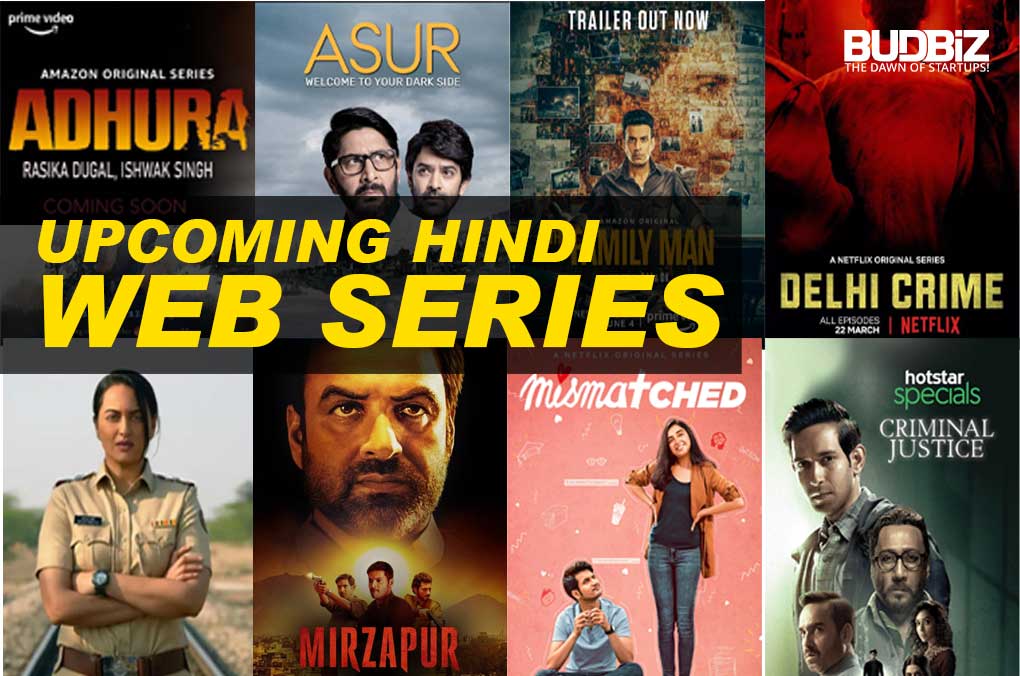 The entertainment world is witnessing a huge revolution with the wave of upcoming web series coming almost every other day. Web series have taken over the place of television dramas and serials. The craze for the Hindi Web Series has witnessed a tremendous rise with the big OTT platforms like Netflix, Amazon Prime, Disney Hotstar and many others.

Viewers follow web series crazily because of the refreshing content, and variety in the genre and they can watch them anywhere on their phones, tablets, laptops and even TVs. The viewers eagerly wait for new shows and series.

Here is the list of top upcoming Hindi Web Series for you to watch:

Rasika Duggal and Ishwak Singh starrer Adhura is a supernatural thriller set. The story is based on a boarding school that conceals a dark and harrowing secret that trembles the institution’s foundation and the life of everyone who is connected with it. If you love watching thrillers then this Hindi Web Series is definitely made for you.

After the huge success of season 1, the second season of Asur is soon going to hit the screens in 2022. Arshad Warsi and Barun Sobti starrer, the first season of Asur gained huge numbers of viewers with its dynamic content quality which has an 8.4/10 IMDb rating.

The plot was based on judicial experts Nikhil Nair and Dr Dhananjay Rajput who were seen tracking down a brutal serial killer who kills for spiritual reasons. Reportedly, the second season is going to be a power pack with more suspense, mystery, and an additional group of new characters.

With the steller starcast like Manoj Bajpayee, Samantha Ruth Prabhu, and Priyamani, the earlier two seasons were a huge hit. The story, action and execution of the series were greatly appreciated by the fans. Everyone is waiting for the next season eagerly. The 3rd season is said to hit the screens somewhere around November in 2022.

The last episode of season 2 ends by giving us a glimpse of the new upcoming season. It tells how the new season will pick up the pace which was started in the last season.

The web series Delhi Crime which was released in 2019, was based on a real-life story. The first season revolved around the spine-chilling case of the Nirbhaya murder case, which shook the entire nation and how Vartika Chaturvedi and her team solved the case.

The story and the performances of the series were applauded by the critics nationally and internationally. Since the case of Nirbhaya was solved in the first season it will be exciting to watch what will happen in the next season.

With Dahaad, Sonakshi Sinha is going to make her debut on the OTT platform. Apart from Sonakshi Sinha, the other starcast of the show include prominent actors like Vijay Verma, Sohum Shah and Gulshan Devaiah.

The plot of the series is set in a small town. Sonakshi Sinha is portraying the character of the cop who is investigating the case of a conman man accused of marrying women and cheating on them for money.

India’s most famous Hindi Web Series Mirzapur is coming with its new season on Amazon Prime. This show has made its special place in the hearts of Indian viewers. Kaleen Bhaiya, Guddu, Bablu, Munna and Golo Gupta are the most talked-about characters in the show.

The show is a thriller story that has elements of crime, love, politics, and family feud. In the upcoming season, the rivalry between Kaleen Bhaiya and Guddu will go more intense. With the gripping narrative and stellar performances, this show is a perfect fit for you.

The light-hearted rom-com Hindi Web Series Mismatched was greatly appreciated by the audience. The starcast of the show includes the youtube sensation Prajakta Koli along with Rohit Saraf and Ranjvijay Singh. The story revolves around Dimple and Rishi who are poles apart.

Dimple (role played by Prajakta Koli) is a tech wizard who is not interested in a guy who loves her back. This bitter-sweet equation between the Dimple and Rishi makes this show interesting to watch. The first season ends with suspense and viewers are eagerly waiting for the new season.

The popular courtroom drama, Criminal Justice was first launched in 2019 and received an overwhelming response from the audience. Pankaj Tripathi portrays the role of Madhav Mishra as a lawyer who solves challenging and complicated cases.

The previous two seasons were a big hit and each season has a different case that runs through the entire season. The plot binds the audience with its perplexing mystery which makes this Hindi Web Series worth a binge-watch. It is exciting to watch what new mysteries bring in the new season. The show is said to hit the platform at the end of 2022. 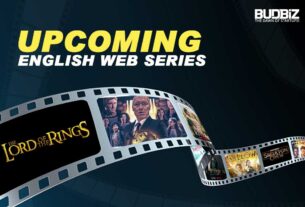