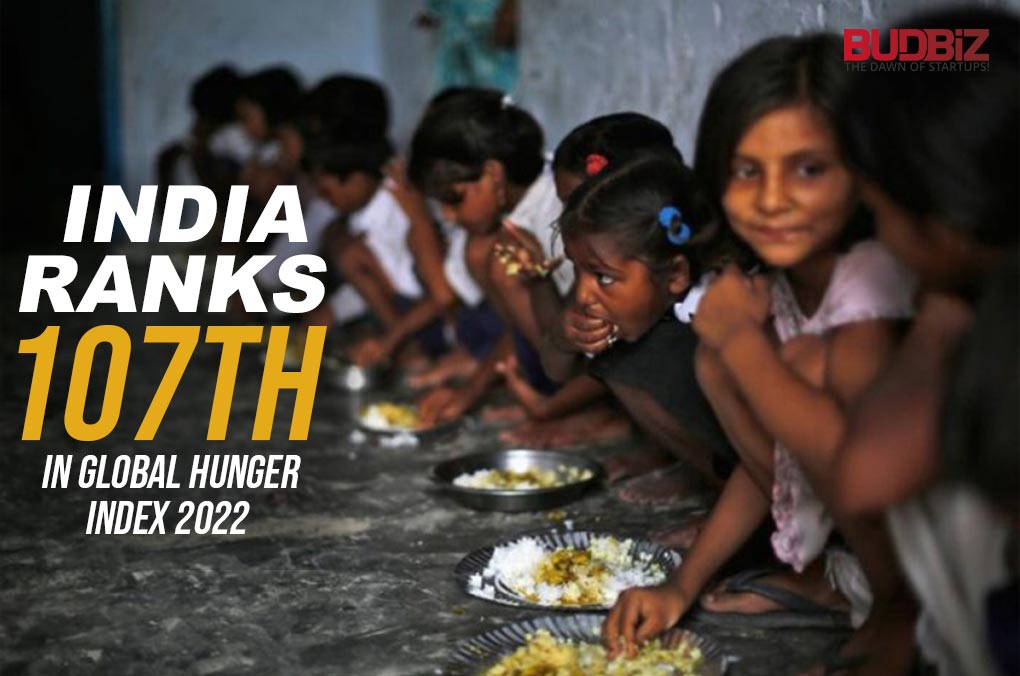 From the 101st position in 2021, India further slipped to the 107th position in Global Hunger Index 2022. With a score of 29.1 on the Global Hunger Index, India’s hunger situation becomes a matter of concern for the country. Among all the Asian countries, India ranks second last, just above war-torn Afghanistan. The condition in India is even worse than its neighbour countries like Pakistan (99), Nepal (81), Bangladesh (84) and Sri Lanka (64).

GHI is a tool for tracking and measuring hunger at regional, national and international levels, published by Con­cern Worldwide and Welthungerhilfe. The score is evaluated on the basis of four component indicators – Undernourishment, Child Stunting, Child Wasting and Child Mortality. Based on these indicators, 0 is the best and 100 is the worst score any country can get.

It is important to note that, on one hand, India is getting praise for being the country with the fastest growing GDP but on the other hand, with each passing year, India slips further down in the Global Hunger Index.

Zambia, Afghanistan, Timor-Bissau, Sierra Leone, and Lesotho are among the few countries that are behind India in Global Hunger Index. Whereas, countries like China, Kuwait, Belarus, Chile and Turkey are the highest-performing countries with a GHI score of less than 5.

Since the report has been published for the year 2022, there is no official statement released so far from the Indian Government’s side. However, in 2021, the government slammed last year’s GHI report and India’s ranking in it.

Calling it “Shocking” and “devoid of ground reality”, the Indian government claims that GHI is calculated by using an unscientific methodology and the report is based on the telephonic survey by Gallup.

John Brittas, a famous Indian Politician and Journalist said in his tweet, “India is Starving”. The former Finance Minister and current Member of Parliament, P. Chidambaram raises the question of Government asking, “When will the Hon’able PM address real issues like malnutrition, hunger, stunting and wasting among children.”